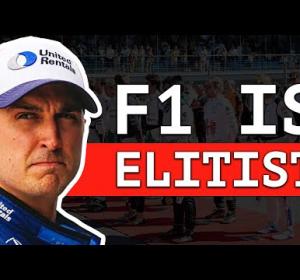 There was a lot of speculation regarding IndyCar driver Colton Herta joining Formula 1. However, this no longer seems to be the case as the FIA reportedly aren’t ready to grant him an entry based on the fact that he does not have enough super license points. F1 has been criticized for this Link to poll: https://www.youtube.com/post/Ugkx43iv_GmBovamDmCk9llVboMoLIIm97qC 0:00 - “Elitist” F1 Slammed For Preventing Colton Herta’s F1 Entry 1:35 - Fast Feed I'm your host Dillon Shelley and first up on Formula World: “Elitist” F1 Slammed For Preventing Colton Herta’s F1 Entry Former F1 driver and current IndyCar driver Alexander Rossi gave his strong opinions on this saga in a personal statement “Motorsport still remains as the most high profile sport in the world where money can outweigh talent” “What is disappointing and in my opinion, the fundamental problem, is that the sporting element so often took a backseat to the business side” “Ultimately these past decisions, whether out of greed or necessity, is what cost Colton the opportunity to make the decision for himself as to if he wanted to alter career paths and race in F1. Not points on a license” Fellow IndyCar driver Graham Rahal was a bit more vocal in his statement “F1 is an elitist sport. They don’t want us. Remember that. They want US companies money, they want wealthy US individuals money” “But they don’t care about the rest. Always has been that way, always will be” Colton Herta, meanwhile, took a more pragmatic approach while speaking to Autosport “I can understand the FIA’s position. I just feel that IndyCar is underrepresented in the superlicence points structure” “But from their point of view, with the current points structure, I get it. And I don’t want to come in as an exception” Fast Feed Retired F1 world champion Damon Hill thinks “there is some logic to [Daniel Ricciardo becoming a reserve driver at Mercedes]” [Sky F1] “If you’re at least with a top team, even if you’re in the wings and waiting for the right opportunity, you will have information that is useful to another team perhaps, potentially” Alfa Romeo’s Valtteri Bottas stated “I really don’t care nowadays what people think of me and I just want to try and make the most out of my life and have fun” [Crash] Ferrari team principal Mattia Binotto suggested that “Robert [Shwartzman] is a fantastic driver” “Every time he stepped into the Formula 1 car he was very fast” [Formule 1] Mercedes driver Lewis Hamilton revealed that he is “in contact with [FIA president Mohammed Ben Sulayem] very often” [Speedweek] “I talk to him a lot. He is very ambitious. He has raced himself, so he has the attitude of a racer” “He wants to work with all of us and he also wants to work for more diversity and change, so I am very happy” His team principal Toto Wolff believes “that Singapore will be one of [their] better circuits” [Auto Motor und Sport] “But at the same time, we want to be careful with predictions” Ferrari’s Carlos Sainz explained that “Red Bull is at an incredible level and they are making it very difficult for [Ferrari]” [Marca] “If we can improve the car and the race pace a bit and find a few tenths, then we can come back in the fight to win. That’s the goal” Alpine’s Esteban Ocon revealed that “there are still people who say to me, ‘Ah, I had missed your qualifying at Spa’, or ‘I didn’t know you won a race last year’” “To be honest, I find that a bit crazy” Should the FIA give IndyCar experience more weight when it comes to superlicence points? 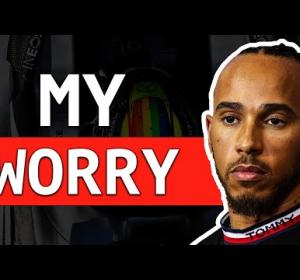 Hamilton Reveals the Real Thing “Keeping Him Up At Night” 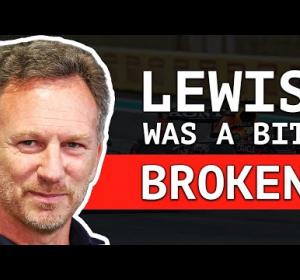 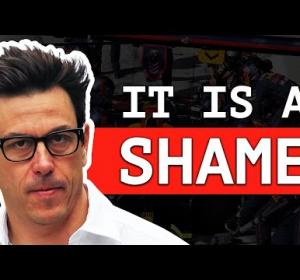